Shahar David is a 46-year-old man whose life was saved at Hadassah Hospital.

Shahar embarked on running the well-known Dead Sea Marathon along with his 17-year-old nephew, his goal was to run 10 kilometers. However, at the 6th kilometer Shahar collapsed. The onsite paramedics tried to revive Shahar with a defibrillator and then he was immediately rushed to Hadassah Hospital via helicopter where he underwent emergency catheterization.

Vered David, Shahar’s wife recalls receiving the phone call we all fear, she shared, “I received an unidentified phone call while I was waiting to hear from Shahar. I had a bad feeling. The stranger at the other end of the line was Dr. Ronen Durst. ‘What happened to Shahar? I asked. He told me that Shahar had collapsed while running and was already after a lifesaving catheterization at Hadassah Hospital in Jerusalem. I immediately called my sister and we began driving to Jerusalem. It was shocking but the doctor was sensitive. When I realized that Shahar was in experts’ hands at Hadassah I felt calmer and reassured my family in the car.” 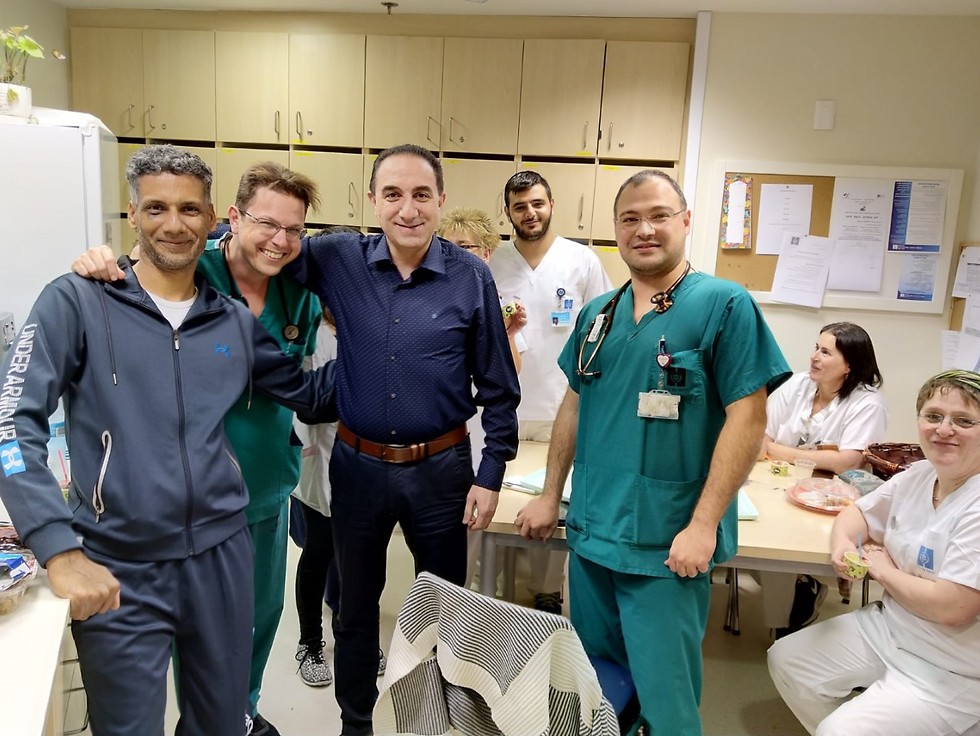 Dr. Shuvi Mony, Cardiologist, performed Shahar’s catheterization. Dr. Mony explained that Shahar had a heart attack and was in total cardiac arrest, his life was truly in danger. Dr. Mony together with fellow cardiologist, Dr. Durst, performed an AKG which indicated signs of a heart attack. Through the catheterization, they discovered a significant blockage as a result of a blood clot and the physicians implanted a stent to repair this blockage.

Shahar’s life was saved by the doctors at Hadassah Hospital. While Shahar will have to recuperate, in short time, he will make a full recovery and be able to return to being physically active!

Vered and her three sons are so thankful to have their father back! Vered shared that, “So many good people took care of him [Shahar] from the moment he fell through to his procedure at Hadassah Hospital. The doctors and nurses in the Intensive Care Unit are so caring. All the angels on the journey gave us back Shahar and we will be forever grateful.”

Click here to read the original article, posted in Hebrew.