Noah Cohen-Tzemach, an industrial design student at Hadassah Academic College (HAC), saw the plastic playground sets and artificial grass that sprung up across kindergartens in Israel as both an eye sore and a missed opportunity for the children they were meant to serve. 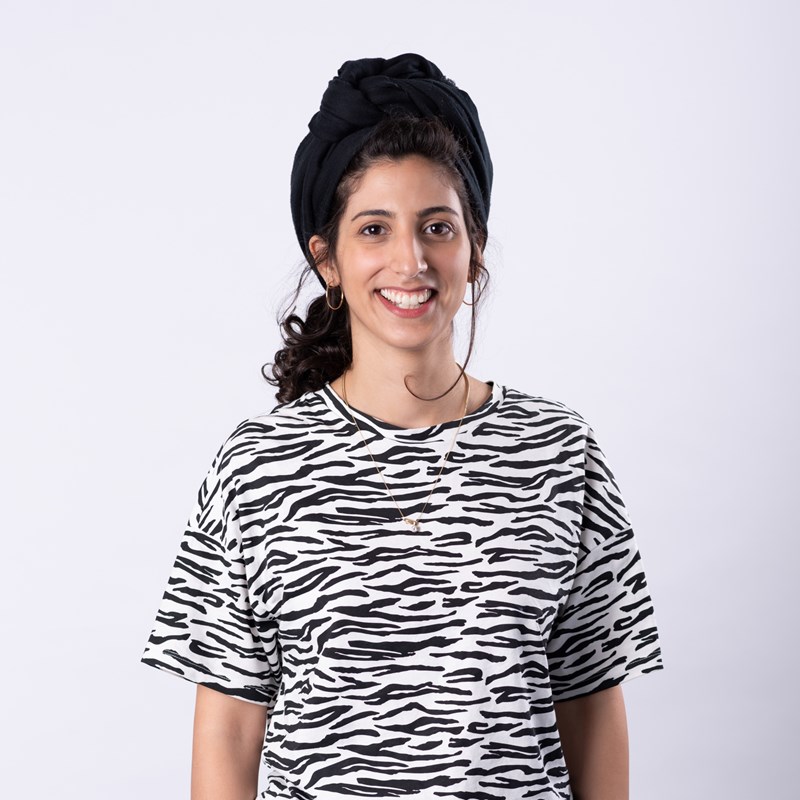 Cohen-Tzemach dedicated her final year in The Dan Department for Creative Human Design to research and develop alternative designs and products for school, inspired by the natural yards and gardens once enjoyed by children. Her final project, ‘The Nature of Things,’ is a design manual created specifically for educators working with young children during the most influential stage of their life. Included are clear instructions on how to enhance the overall outdoor experience through introducing a variety of stimuli that cater to the senses, encourage curiosity, creativity and meaningful connections. For instance, Cohen-Temach revamped traditional sandboxes with sleek and modular designs that help children acquire and learn crucial skills- like fine-motor development through playing and planting in the soil and dirt. The manual also maps out an array of possible group activities, such as gardening, which encourages better cooperation with friends, increases levels of patience, responsibility and self-confidence. 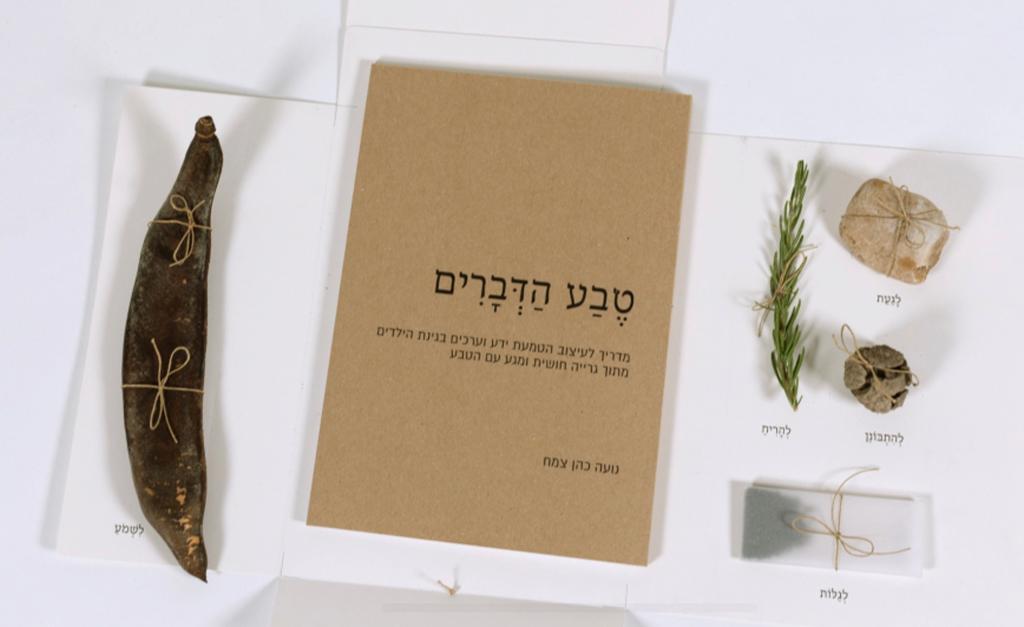 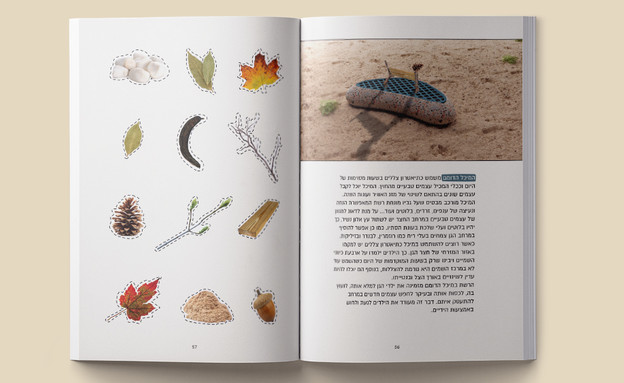 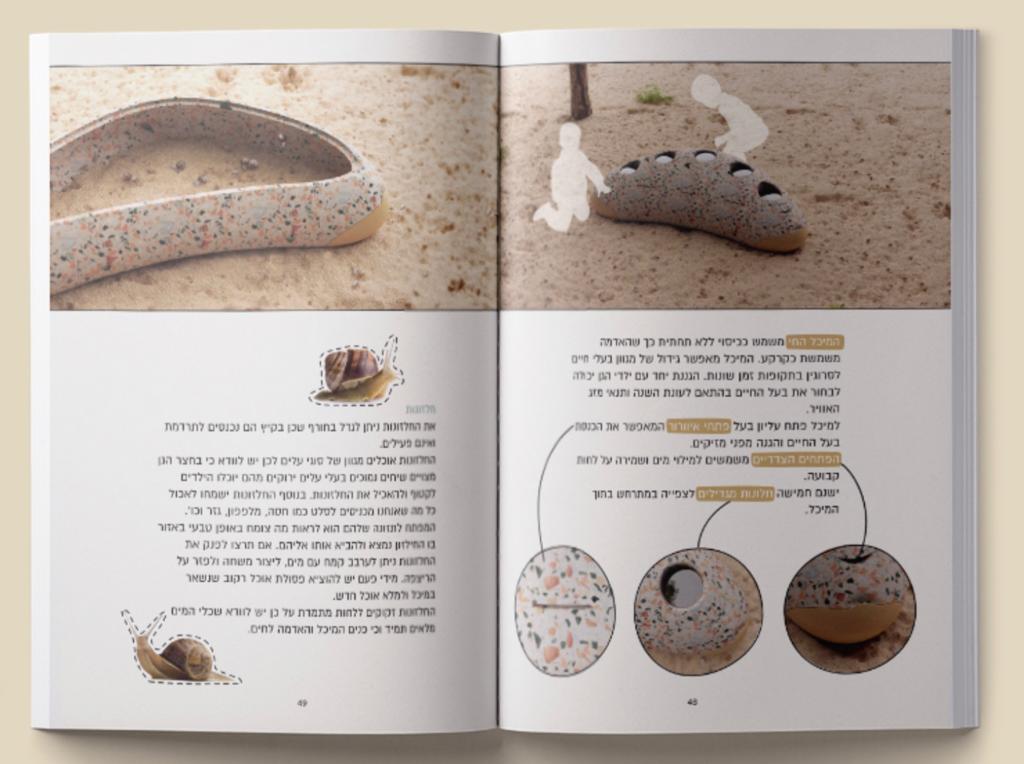 Cohen-Tzemach’s manual has never been timelier, as Israel cautiously reopens schools and kindergartens in the midst of the Coronavirus pandemic. ‘The Nature of Things’ offers practical advice on how to create a dynamic educational environment and a much needed safe alternative to learning indoors. Best of all, during times of such uncertainty, fresh air and nature can help soothe and reduce stress among children and teachers alike!

Yarin Arbiv always considered himself the ‘sporty’ type.  So, when it came to choosing his final design project for the Dan Department for Creative Human Design at Hadassah Academic College (HAC), Arbiv looked to solve a problem that many fitness enthusiasts face. 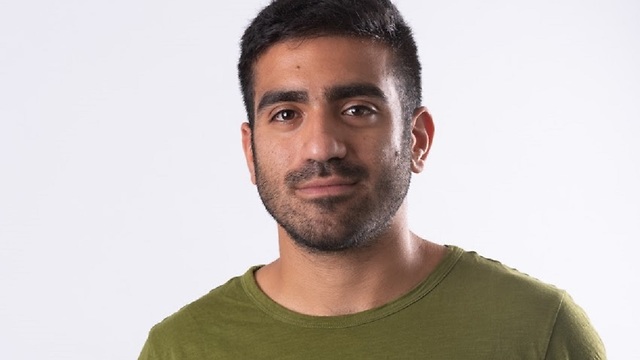 “Fitness is something that is very important to me. But I often prefer exercising outdoors rather than in gyms. The problem is that if you’re looking for a particular workout facility, it’s not always available or accessible.”

Little did he know, the problem he was tackling would become a central issue throughout the Coronavirus pandemic. As new lockdown measures and strict safety regulations took effect, most gyms and fitness classes were forced to shut down. Yet, the need for exercise and physical activity only grew as a parallel, mental health crisis began to unfold.

“I believe fitness, and sports in general, is something that strengthens us- both physically and mentally.” 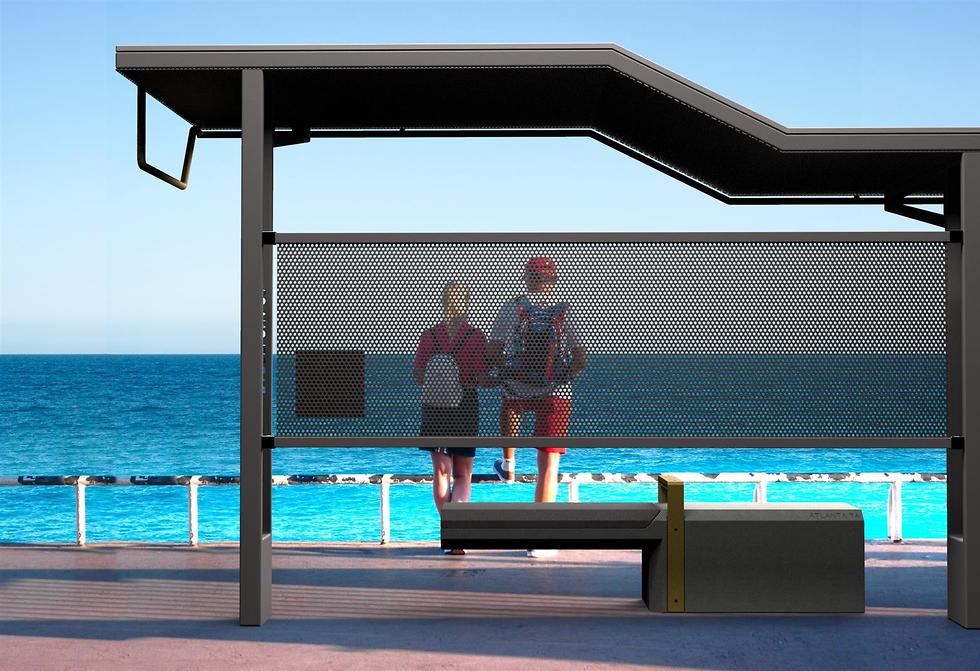 In the midst of Israel’s lockdown, Arbiv explored ways for making exercise and training more accessible, while still factoring in the new financial reality. The spike in unemployment and the massive layoffs meant that even fewer people would be able to afford gym memberships and fitness classes.

Arbiv created innovative design solutions that combined familiar street facilities, like benches and bus stops, with fitness facilities that are easily accessible to everyone. 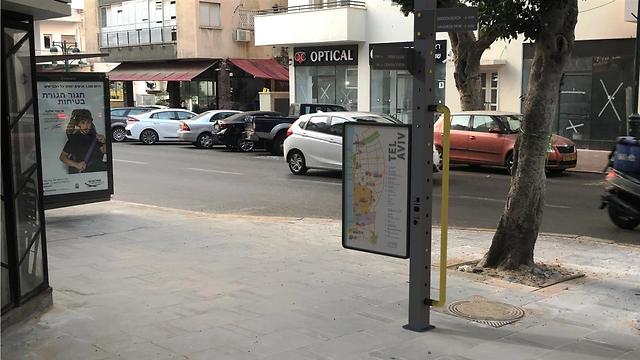 “I had an idea to make adjustments to facilities that already existed on every corner of the street. I gave them a modern, sporty look that would entice people to come and train.” 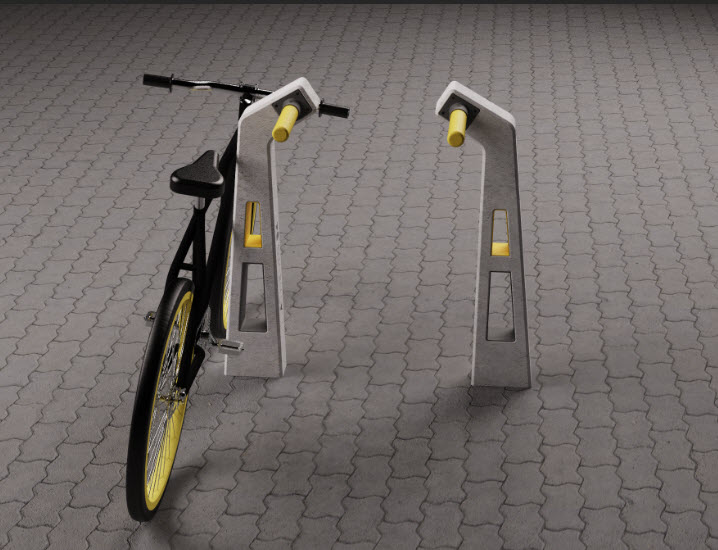 The result is The Local Athlete Project, a series of street furniture, including benches, poles and sidewalk barriers that have been functionally designed and modified to serve as a small fitness facility. The sleek designs allow people to easily move their workouts outdoors while still improving their cardio activity, building muscular strength and overall endurance. Best of all, the workouts can be done safely within social distancing guidelines, and all for free!

Each year, Forbes Israel carefully compiles its Best Doctors in Israel shortlist, usually selected based on exceptional medical achievements. But this year, it was clear that the honour belonged to doctors at the forefront of the battle against the Coronavirus pandemic. 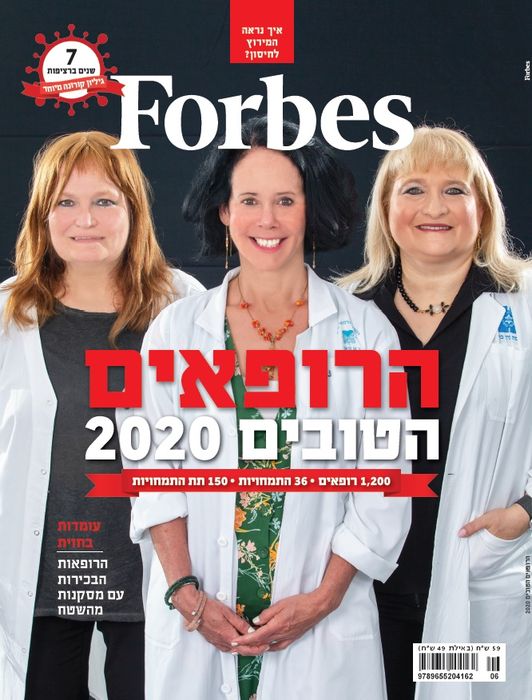 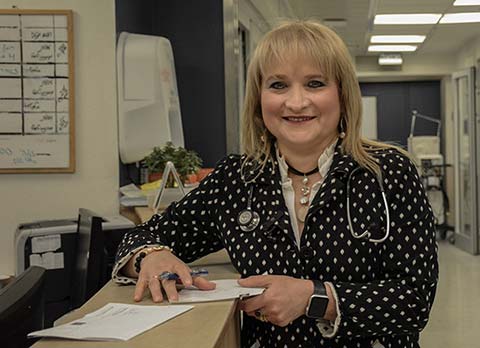 As the longstanding Director of Hadassah Ein Kerem’s Medical Intensive Care Unit, Professor Sviri is used to treating patients with the most complex medical problems.  But, since the pandemic emerged, Professor Sviri relays:

“We haven’t had a break for even one day. Our work is around the clock- treating only the most critically ill patients. We don’t see an end in sight. This period has been extremely fascinating, but also challenging. We are completely focused on trying to save as many patients as possible- day and night.  We have tremendous drive and ambition to fight for every patient and for every respirator.”

Although Israel managed to ‘flatten the curve’ of COVID-19 infections at the onset of the pandemic, a second wave has emerged since lockdown and social distancing measures were eased in mid-May.  COVID-19 wards in hospitals are once again filling up with infected patients and pushing capacity. Professor Sviri shares:

“There is a dire shortage of intensive care beds. Infrastructure and staff are the most important right now. It’s great that advanced medical technologies and innovative treatment methods are being developed, but without it going hand in hand with a system that will support patients when they need urgent and immediate treatment – it’s not worth anything. The low mortality rates are largely due to our highly skilled and professional staff but we have a severe shortage of them at the moment.”

Professor Sviri is also looking ahead and gearing up for the winter and flu season, when a third wave of infections may cause even greater stress on the healthcare system. She is taking every precaution and preparing her teams.

“The pandemic changed the way we perceive life and instilled in us a new sense of modesty- as this tiny little virus caught all of humanity, completely off guard.”

As Israel continues to grapple with a second wave of COVID-19 cases, officials reached out to the hospital for insights and access to the critical work being done on the frontlines.

“Nothing is as effective as seeing it for yourself,” explains Dr. Osnat Levtzion-Korach, Director General of Shamir Medical Centre, who led the minister through a number of departments, including The Emergency Ward, one of Israel’s busiest, due to the large catchment area the hospital serves.

As the number of hospitalized COOVID-19 patients continues to rise, Dr. Levtzion-Korach shares how important the visit was for understanding the challenges faced by frontline workers:

“Even at the first stage of personal protection, it all seems simple. You put on a mask, you wear a gown and you go in. But once you do it yourself, you begin to understand how complex, uncomfortable, and hot it is. We were only walking around the unit, not even treating patients, or washing or lifting them. Only once you’ve experienced it, can you begin to understand how the whole issue of protection is not a trivial matter at all.”

The Minister spent time speaking to patients in the ward, who were relatively younger- in their 40s, 50s and 60s. One patient, a young professional engineer, shared; “I came back from the dead.” He battled the virus for weeks in hospital and thanked the medical team for helping him pull through. 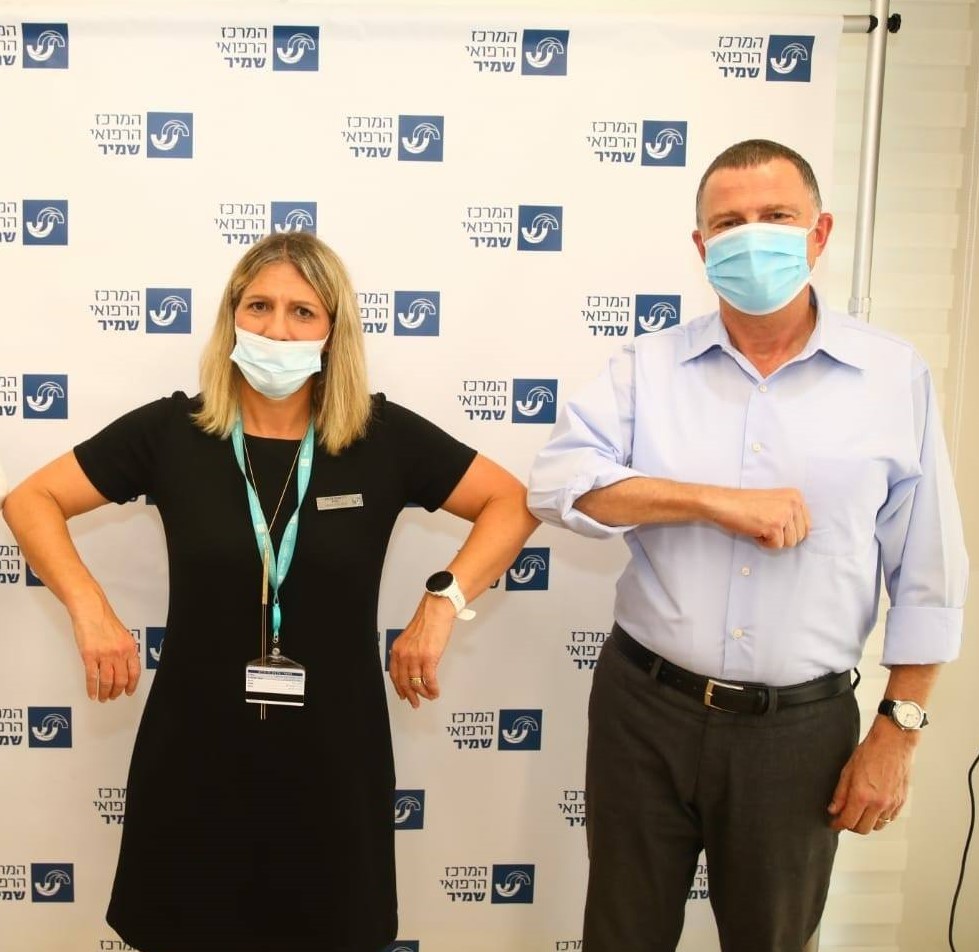 Reflecting on his visit, the Minister shared:

“Today, for the first time, I myself entered the Coronavirus Ward at Shamir Medical Centre- of course, armed with the best protective equipment possible. It was not an easy experience.  It felt terribly hot and humid inside the overalls. I only experienced it for one hour of one day. Imagine what the doctors and nurses who work 24/7 in the Corona Wards must feel. Israel’s medical professionals are truly incredible.”

Daniel Shechter was on the last El Al emergency evacuation flight from Mumbai to Tel Aviv.  Rather than ride out the pandemic abroad, Shechter made the difficult decision to return home while international travel was still a viable option.

Unlike thousands of other young Israelis, commonly found on what’s referred to as India’s ‘Hummus Trail,’ because of the sheer number of Israeli tourists, Shechter spent the last 7 years out of his home in Mumbai.

Since graduating from The Photographic Communications Department at Hadassah Academic College, his career took off as a sought-after photographer in the international culinary scene. Yet, it was a chance meeting, while a student at Le Codon Bleu in Paris, that Shechter met a friend from India who would change the course of his career. His friend, a famous Indian Chef, invited him to Mumbai to help launch a new chain of French bakery cafés.

“Of all the places in the world, I never imagined I would end up in India! I’m glad my destiny brought me here, it’s a fascinating place.”

Since the move to India, Shechter’s work expanded to include photography and food styling for top lifestyle brands and leading international chefs. He also collaborated on a number of projects, including an ‘insider’s’ travel guide to Mumbai and a popular food photography workshop.

But, like thousands of Israelis scattered around the world, Shechter had just a few days to pack up and sell all of his belongings.  The sudden move back to Israel was jarring-even for a serial entrepreneur who was used to chaos and uncertainty. With so many landmark restaurants and top notch chefs struggling to stay afloat, pivoting and adjusting his business model was no easy feat.

Now based out of his Jaffa studio, it’s clear that Shechter used his creativity and practical skills, honed as a student, to forge ahead.

“As someone who lives and breathes art and design, I take inspiration from a variety of sources. With a background in French patisserie, I have a deep understanding of food photography and the highest attention to details, so crucial for precise visual outcomes.”

One only needs to sneak a peek at the July cover of Israel fashion and lifestyle publication, La Isha Chef Magazine, to fully appreciate his talent.

So, until the skies re-open, Shechter will continue exploring Israel’s culinary scene and bringing a taste of India to a devoted fan base in Israel.