As people around the world mark International Women’s Day, CHW would like to share how we play an integral role in impacting women’s rights and advancing the status of women.

At the CHW Calgary Bat-Yam Women’s Centre there are many programs that support women. For example, the Centre runs a Legal Aid Clinic. With professional volunteers, women in need receive guidance on labour laws, sexual harassment, issues of abuse either in work or at home, family law, and more. The Centre also offers a support group for single mothers to receive critical support from experts on how to maintain a job and become financially independent.

CHW proudly supports various programs that help to promote the number of women in positions of power. A key program CHW supports, together with World WIZO, is the Women’s Unlimited Potential Program (UPP). UPP educates and empowers women who are unemployed. UPP collaborates with the business and governmental sector via Microsoft and Employment Services to offer technological training to these women to promote new opportunities that will change their lives. These computer skills not only increase confidence, they opens doors for jobs that are needed in the workforce. Since 2006, over 8,000 women have been trained!

Through CHW’s two youth villages, CHW Hadassim and CHW Nahalal, we are empowered young girls through an empowerment program designed for at-risk teenager girls. This program seeks to help young girls, many who are victims of abuse and emotional traumas. Through this program, these young women gain a sense of self-worth and value, increased confidence, and receive the necessary tools to become independent citizens.

A critical area of support CHW offers with the support of World WIZO, are the two shelters for battered women in Israel. The two shelters that World WIZO operates help to protect women and their children. It provides them with a safe space to seek refuge and recover in order to reenter society as independent and confident women.

CHW is proud of the role that it has in helping to improve thousands of lives of young girls, women and their families. Check out a video below posted by World WIZO in honour of International Women’s Day.

The Woman in WIZO's embrace

From the moment she is born, she grows into the woman she is meant to be. WIZO is with her every step of the way. Embracing, educating, empowering. Enjoy our video made with love in celebration of International Women's Day. Please share widely

The Israel Broadcasting Authority, “Kan,” did a special news story on CHW Hadassim. Through highlighting the stories of the children living at CHW Hadassim, in the dormitories and family units, you understand how this youth village saves their lives.

CHW is so excited to share this incredible story about Oshra Yosef-Friedman, graduate of CHW Hadassim Children and Youth Village!

The below article was translated from the June 27, 2018 version of Israel Hayom

Oshra Broke the Glass Ceiling: “Every Woman Should Get a Chance”

Oshra Yosef-Friedman was appointed to the highest position an Ethiopian woman has ever held within the Office of Government Ministries and National Authorities: Deputy Director General of the Authority for the Advancement of the Status of Women • Friedman: “It is a great honor for me”

Oshra Yosef-Friedman, married and the mother of three children, a member of the Ethiopian community, was born in the village of Ozba in Ethiopia, the youngest child in a family with nine children who immigrated to Israel as part of Operation Moses. Now that she has been chosen as the deputy director general of the Authority for the Advancement of the Status of Women, she will serve in the most senior position to have ever been filled by a member of the Ethiopian community within the Office of Government Ministries and National Authorities.

Yosef-Friedman lived with her family in the absorption center in Ashkelon and later in Netanya. She completed her high school education at the CHW Hadassim Youth Village. She then served as an officer in the Education Corps and was a member of the roundtable forum established by the Police Commissioner following an Ethiopian immigrant protest.

“I went through the entire process, but when I got the phone call I was surprised because I did not take anything for granted … I think that whoever looks at the appointment sees that the government and policy makers open doors to equal appointments and give everyone a chance. In my view, any woman who can and wants to reach roles or fulfill dreams must have the opportunity, and that is the challenge that stands before me. It is a great honor to join a high quality team. ”

Minister of Social Equality Gila Gamliel insisted that her office would guarantee at least two senior positions for Ethiopian women: “The appointment of Oshra Yosef-Friedman, an inspiring leader, is another expression of the social equality revolution we have been leading in Israel for three years.” Among the main functions of the Authority for the Advancement of the Status of Women (a unit within the Ministry for Social Equality) is to raise awareness and to make social and awareness-raising changes in gender equality. Recently, the Authority has even launched a campaign, which calls on women to compete in elections for the public authorities and to influence Israeli society. This year, more than 70 women will run for municipal elections.

Check out a video about Oshra that World WIZO posted on their Facebook page below:

Wonderful news: Oshra Yosef Friedman, a graduate of WIZO's CHW Hadassim Youth Village and of WIZO's Leadership Program for Women was just appointed to be the Deputy Director-General of the Authority for the Advancement of the Status of Women. The appointment is the highest ranking position within the Offices of the Goverment and National Authorities ever attained for a woman of Ethiopian descent. Born in Ethiopia and the youngest of nine children, Friedman came to Israel with her family as a child during Operation Moses. Now married and the mother of three, the 40 year old Friedman told Yisrael Hayom, "Every woman that wants to achieve should get the opportunitiy to do so – and that's the challenge for us. It is a great honor for me to take on such a meaningful position." Enjoy this video of Oshra in WIZO's Leadership Program. Canadian Hadassah-WIZO (CHW) כפר הנוער ויצו הדסים ויצו – קידום מעמד האישה

At the beginning of this school year, CHW Hadassim was pleased to learn that the supervisor of the village, Ms. Aliza Schreier, intended on presenting CHW Hadassim as a candidate for the Education Prize for this year.

Ze’ev Twito, Director of CHW Hadassim and his team felt that this was not only an excellent endeavor, but especially meaningful as this year CHW Hadassim celebrates its 70th anniversary! Ze’ev shared. ”CHW Hadassim excels organizationally, pedagogically, and educationally.”

CHW Hadassim is amongst the 120 educational institutions that are part of the Education and Rural Education Administration, which includes 70 schools and 40 youth villages.

CHW Hadassim proudly succeeded in passing the preliminary stage of the competition which was assessed by the Ministry of Education; and moved to the next stage where the village underwent tests to qualify on a national level.

The Prize Committee of the Rural Education Administration, headed by Chairman Boaz Columbus, recently visited CHW Hadassim and met with parents, students, teachers, staff, and management. Following the visit, the Prize Committee announced that CHW Hadasssim has passed and is now contending for the National Education Prize! Ze’ev shares, “We are happy, full of pride, and especially strengthened by the Ministry of Education’s appreciation of the spirit of CHW Hadassim.”

Congratulations to CHW Hadassim and we look forward to learning about the final decision!

Annually, the President of Israel, Reuven Rivlin, honours soldiers and officers with the highly esteemed President’s Award of Excellence that awards soldiers for their devotion to duty and professionalism. 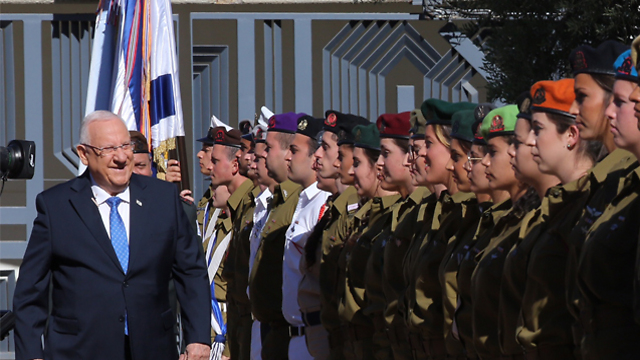 President of Israel, Reuven Rivlin, at the Awards Ceremony

120 recipients were recognized; among them were three graduates from the dormitories of CHW Hadsssim Children and Youth Village: Paulina Rodkovsky, Dan Golan, and David Svilder. 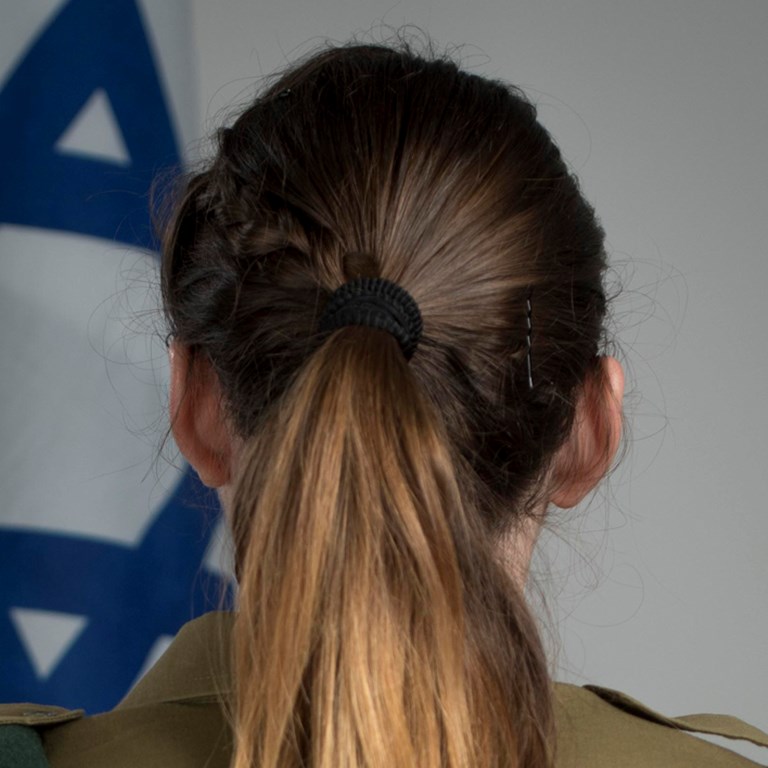 Paulina grew up in the dormitories at CHW Hadassim. While Paulina was born without her right arm, she always sought to have a typical life like her peers. At CHW Hadassim, she was always encouraged to pursue her dreams and overcome any challenges that would come her way. Paulina fought to join a prestigious unit in the IDF and wanted to serve the same service as her fellow citizens in spite of her physical disabilities. Today, Paulina serves in an elite unit and has received the highest honour from President Rivlin.

Dan received this award for the second consecutive year. Dan’s mother passed away when he was a little boy and he spent the early years of his childhood living in Be’er Sheva with his father, sister, and grandmother. His home environment was very difficult and so when Dan was eight years old, he arrived to CHW Hadassim. He first lived in the Family Unit and then in the dormitories. Dan shares, “CHW Hadassim made me the person I am today. I am a leader, I possess initiative, I am responsible, and this is all thanks to CHW Hadassim.” Today, Dan is part of the Israeli Northern Command. Dan shared, “Receiving the award was an honour and emotional; it was seeing all my hard work come to life.” 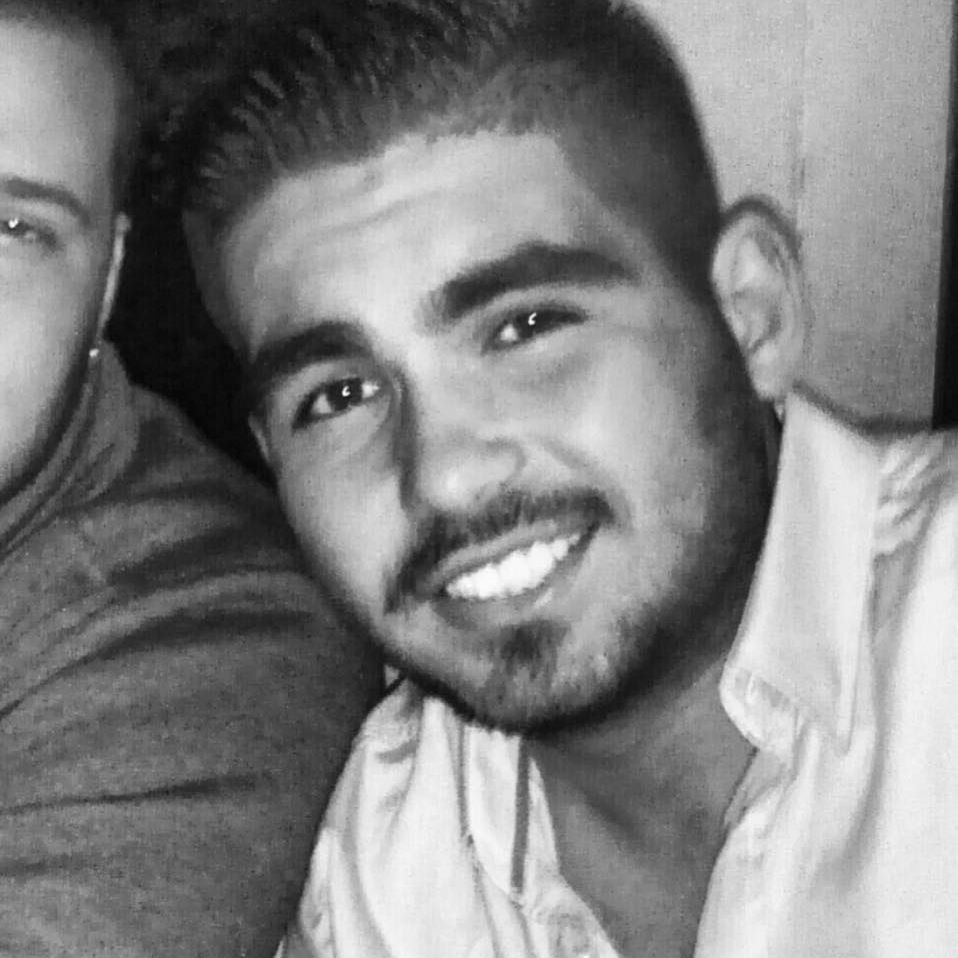 This is an exceptional achievement for each of these soldiers, CHW Hadassim, and Canadian Hadassah-WIZO (CHW). Through your support, you nurtured these children at CHW Hadassim and helped to create the next generation of leaders who will contribute positively to the State of Israel.